Perhaps the most difficult thing for me was finding the balance between being the neutral writer (because the Plan is a joint effort, and expresses the ambitions of the responsible coalitions, not mine) and the Librarian with an opinion (which I obviously have).

We have delivered fourteen concrete ambitions related to 100% open access for scientific publications (created via public funding) per 2020; optimal reuse of research data; implementing a broader view on the way research and researchers are assessed and rewarded; and promoting and supporting open science.

It was great that all Parties involved created responsible coalitions per ambition, and the collectivity that is needed for this, is perhaps one of the major achievements during the creation of this Plan. I said it before “I am, because we are”.

I like to share in this weblog just a few of the things that came along, but were too difficult to grasp at this moment, or were not big enough to make it into an ambition:

Take some time to read our National Plan, and have a look at our website. Let us know if you have ideas, comments, or would like to participate in the Platform. We need each other to make open science the new reality. 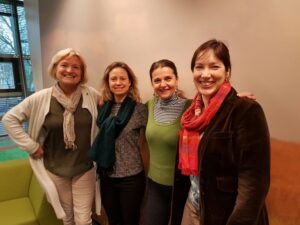 There are many people I could thank, but these are the most important ones: our wonderful writing team!

Our own shade of open
A brain day in the Library

This website uses cookies to improve your experience while you navigate through the website. Out of these, the cookies that are categorized as necessary are stored on your browser as they are essential for the working of basic functionalities of the website. We also use third-party cookies that help us analyze and understand how you use this website. These cookies will be stored in your browser only with your consent. You also have the option to opt-out of these cookies. But opting out of some of these cookies may affect your browsing experience.
Necessary Always Enabled
Necessary cookies are absolutely essential for the website to function properly. This category only includes cookies that ensures basic functionalities and security features of the website. These cookies do not store any personal information.
Non-necessary
Any cookies that may not be particularly necessary for the website to function and is used specifically to collect user personal data via analytics, ads, other embedded contents are termed as non-necessary cookies. It is mandatory to procure user consent prior to running these cookies on your website.
SAVE & ACCEPT